An Experiment in Kansas

Did this cause an employment increase? Or a break in trend?  It looks like the answer is no.  Below, Corrections depicts total employment in Kansas and the four contiguous states.  While Colorado took off, other states look fairly similar to Kansas (click to enlarge). 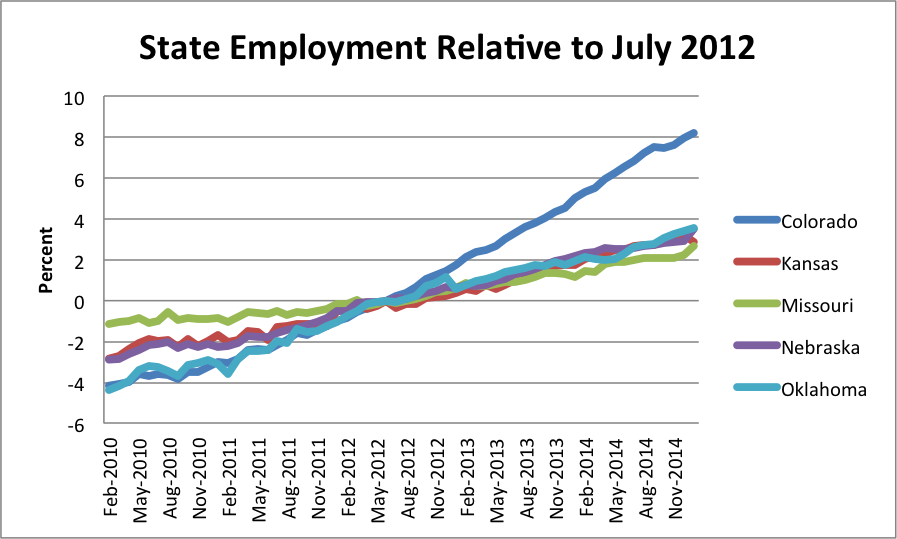 Alternatively, we could see if there was a break in trend by linearly regression pre-July 2012 data on time, and then taking the difference between the linear fit and the data.  This is depicted below (click to enlarge). 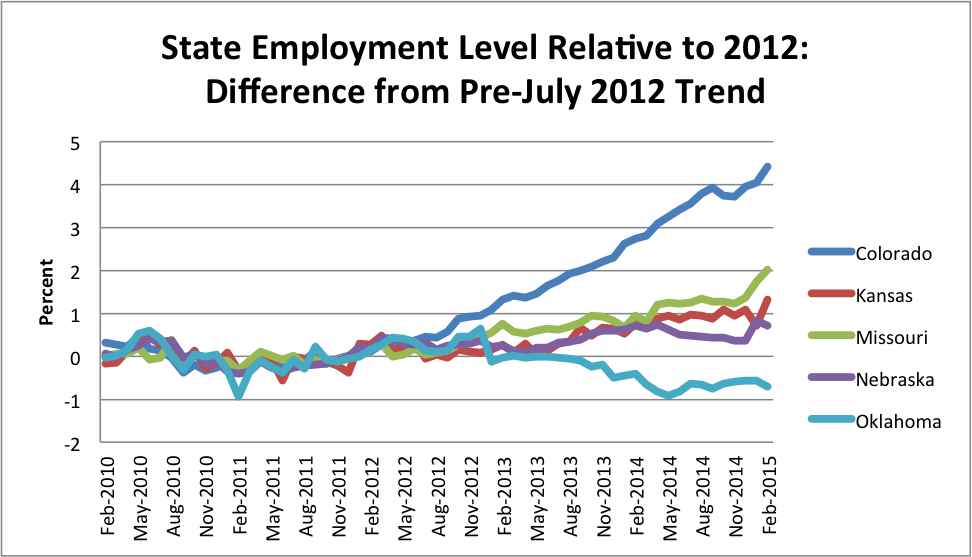 This was a "supply-side" experiment that appears to have failed to stimulate employment.  This is an important finding, but should be seen in light of both the successes and other failures of tax cuts in increasing production and employment.

Reactions to the experiment will be a far more definitive test about the intellectual honesty of proponents than this experiment was.