The 1990's and the Great Recession both show prominently in the figure of BED data, depicted graphically below (click to enlarge). 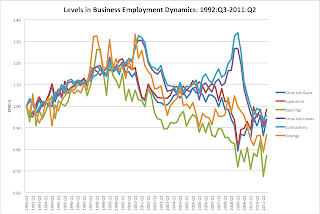 US GDP, Log GDP, and Percent Deviations from Trend

GDP from 1947-2011, log GDP for the same period, and deviations from that log trend (which can be interpreted as percent deviations). 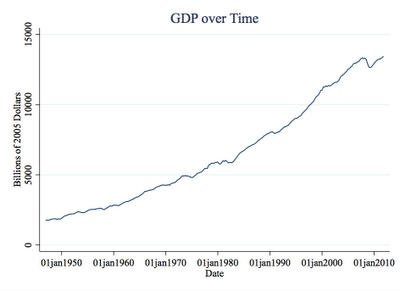 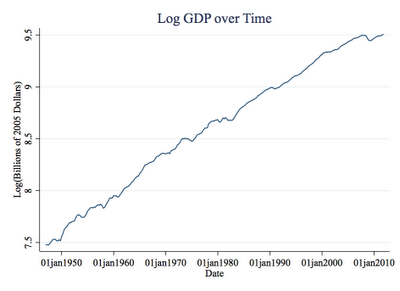 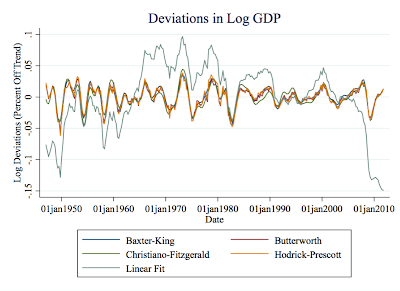