The Index of Economic Freedom is correlated with GDP/capita.  Whatever our qualms about the Index's creation (it is fatally flawed), the manner in which it is almost always cited is wrong.  Not only is the instrument useless, but the traditional conclusions made with it are logically fallacious.

Corrections notes that in order for the Index of Economic Freedom to be useful in discussing growth, changes in the index should correlate with changes in GDP per capita growth.  Below, we take the difference in the rankings for the IEF and plot them against the difference in GDP per capita in Geary-Khamis dollars (PPP) (click to enlarge).  96 countries have data in both the Penn World Tables and IEF in 1995 and 2010. 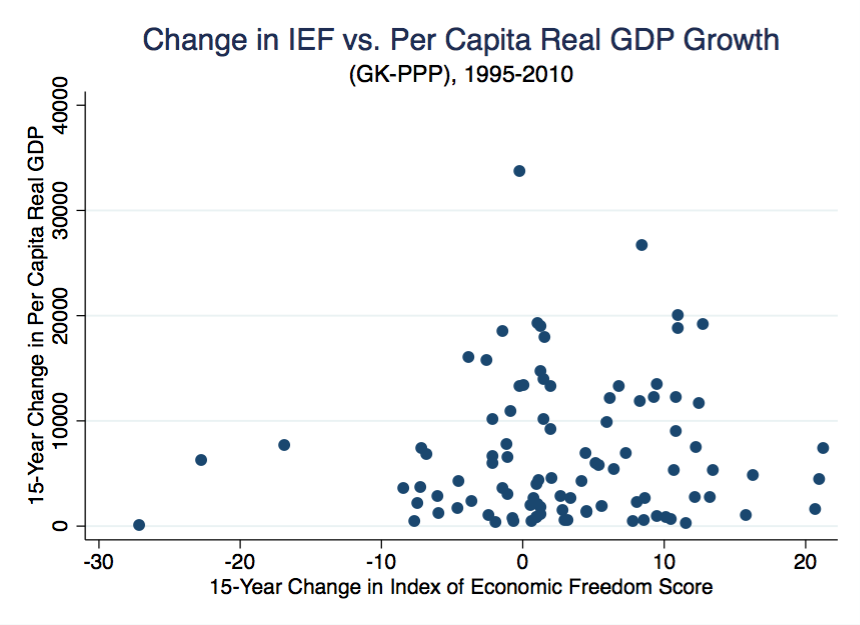 The fit is so poor that a traditional OLS regression finds IEF on real per capita GDP change is worse than chance (it explains less of the variance than the average totally random sample would).

Posted by Corrections: Page One at 6:49 PM