Below, Corrections depicts two uses of the Index of Economic Freedom.  In this version, we have added some countries that were previously missing due to heterogeneous naming of country names, and use yearly data, and we depict the data points associated with the U.S. separately from other countries. We combine the IEF with the Penn World Tables, the last of which is available in 2010, giving yearly data for most countries from 1995-2010.  The first figure (click to enlarge) looks at the GDP growth rate (rather than the level growth rate) by the change in economic freedom.  For those curious, the largest GDP/capita growth rate is that of Afghanistan between 2001 and 2002, for obvious reasons.  Iraq between 2003 and 2004 has a similar jump. 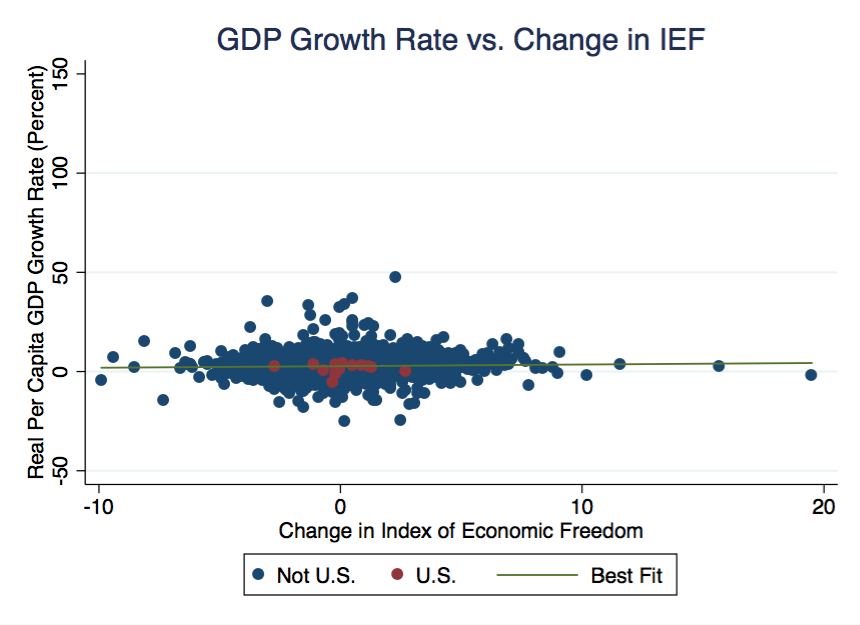 The second figure first regresses growth on size, and plots residual growth against the change in IEF (click to enlarge). 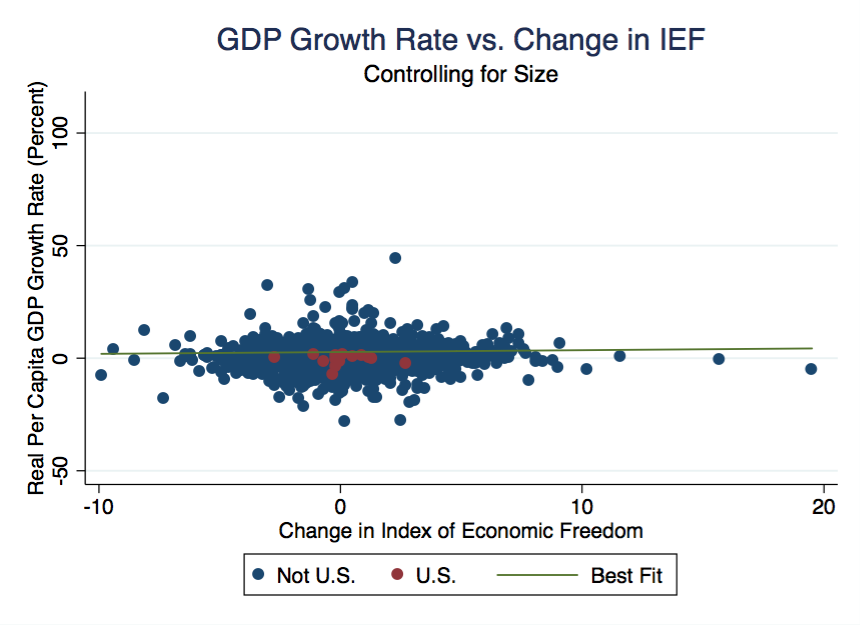 Posted by Corrections: Page One at 8:58 PM