Thinking about the Recession Recoveries

When thinking about the very slow (or extremely impressive, in the view of some) U.S. recovery from the Great Recession, self-serving theories fly fast and furious.  It is useful to discipline theory with data.  Below, Corrections depicts both the percentage change in real GDP per capita for a selection of advanced economies (click to enlarge) and the percentage change in the employment population ratio for the same countries (click to enlarge). 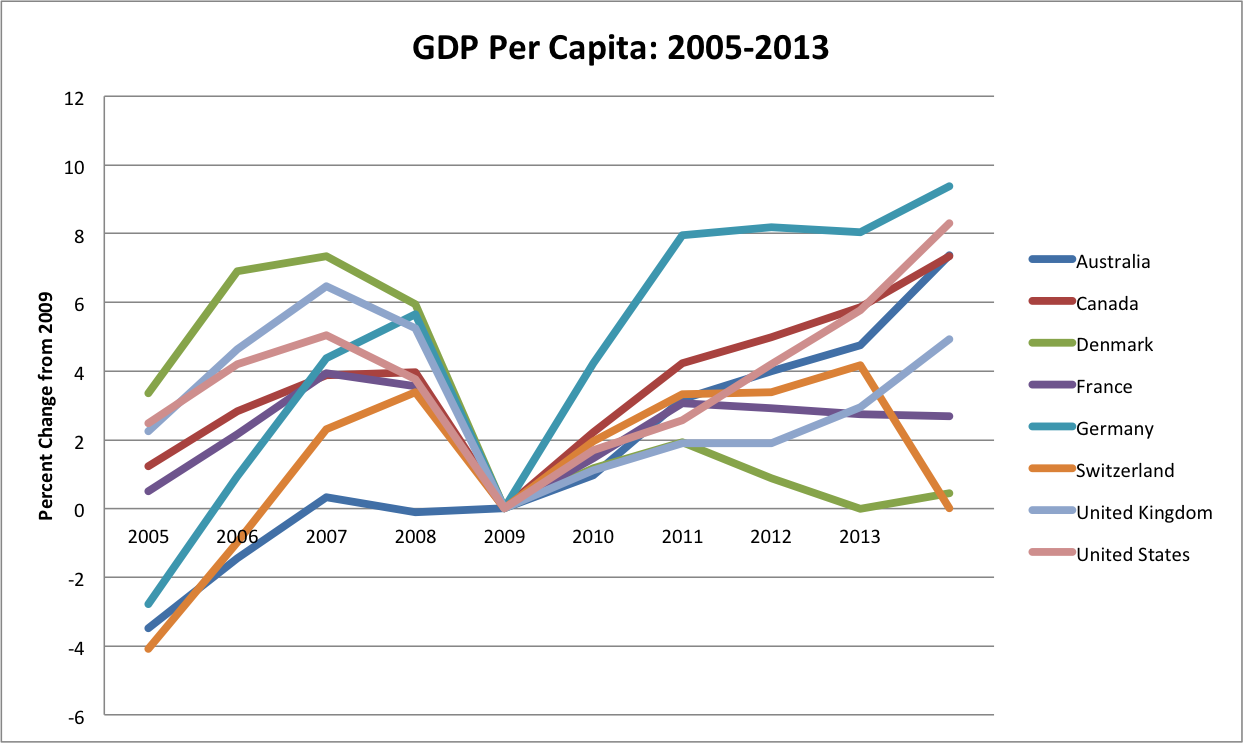 The U.S. GDP recovery has been quite impressive: while it was the third largest drop from 2007 to 2009, it has had the second largest increase.  On average, it gained ground compared to these other economies.  Only Germany and Canada (for most of the recovery) had better post-recession growth. 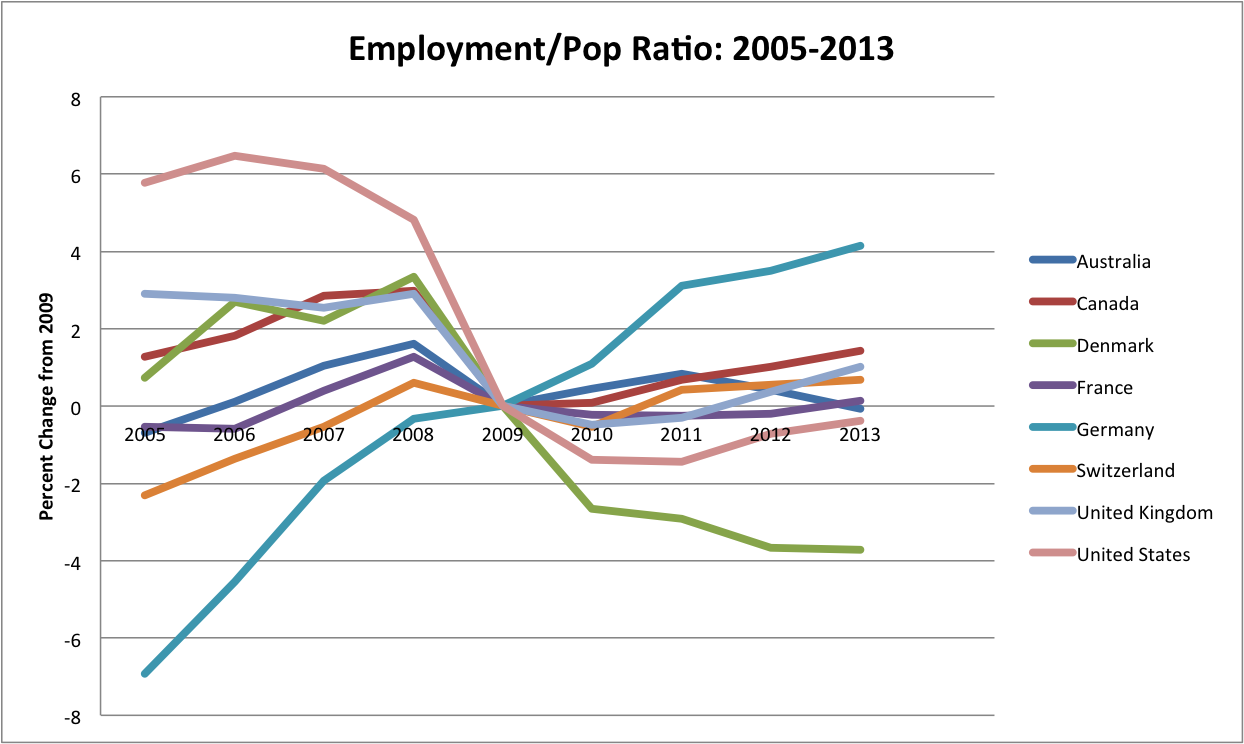 The U.S. labor recovery has been very unimpressive.  While a non-negligible proportion of the drop is due to demographic changes, well more than half is not.  U.S. employment to population ratio has recovered from its bottom slightly, but not by much.

When discussing the drop in labor markets, a joint explanation of all phenomena should be much more attractive than a single theory based on local politics.  For instance, many countries have had slow labor recoveries without sudden increases in socialistic policies.  And some countries have had robust GDP recoveries without sudden increases in socialistic policies.  Indeed, many seem to have had leadership that would be fairly indistinguishable from mildly conservative or mildly liberal leadership.

Posted by Corrections: Page One at 2:11 PM